The new Tougue Tied colum has reports on:

Some of my favorite artists have released — or are soon releasing — new CDs.  One I’m excited about is Enya’s Amarantine 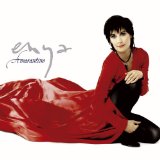 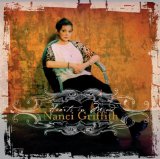 There are others, but I’ll stop there for now.

It looks like the XBox 360 is going to be hard to get.  I’ve been looking this evening at Ebay and other sites.  One bundle that looks good is the Platinum bundle at Buy.com.  But, they are out of them already.  All of the ebay auctions are pre-sales and some of them are going so high, it’s amazing.  Circuit City has the Premium unit advertised on their site, but is for in-store sales only and is not the bundle with extra games and such.  Most are starting around the 23rd.  I think this will be hard to get even without all the bundle extras.  EBGames online has pre-ordering on an “Ultimate Bundle” that starts with the Premium version ($399) and adds games, controllers, etc. for $699  Their site says:  Due to high demand, orders placed after October 26th may not ship until 2006.